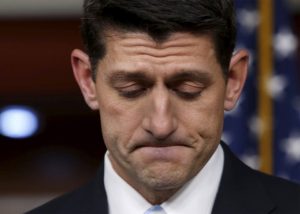 When did you sell your soul? The day you were sworn into office? For you to allow Corporate America to destroy this Country, poison the people you were elected to protect, all for campaign contributions and power is Treasionist. I wouldn’t be able to look at myself in the mirror at night if I had done to my fellow Americans what you have done. The corruption, the waste, the fraud and abuse of hundreds of billions of taxpayer’s dollars. We watch you act like you are being noble but you are but your voice is nothing but empty rhetoric. Actions speak louder than words. The amount of our tax dollars you waste, myself and my fellow Americans know is ludicrous. You are elected to be a good steward of our tax dollars. When you write in an amendment that is to help your donors over the American People is Treasonist in my opinion. You take an oath of office to “Protect the American People from harm from both international and domestic”. When you write a law that helps your special interests instead of the American People you did something intentionally which is intent and you should be tried for Treason. We have millions of people hungry and homeless in this Country. That goes for the rest of our elected officials that do the same. A Public Servant was a person that does his/hers job and protects the very people that elected him/her to office. Not the special interest. Our public servants?were supposed to be made up people that went to Washington for a few years and go back to your business. Work for your Country not the ones wanting to destroy it. When you were sworn into office you took an oath that you would protect the American People from harm from both foreign and domestic. You sir failed. If you want to be able to look at yourself in a mirror again and regain your soul, you need to stand with Donald Trump and fix our Country. It is a travesty what corrupt Governments around the world do to their people.

Allow for the production and research on hemp. The only reason that other products are used is because our elected officials are mostly corrupt. Let’s start a new beginning and rebuild and heal our Country for power instead of destroying it.