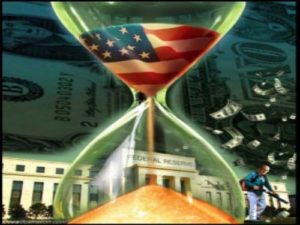 The collapse of America’s political system and America:

What has brought America?s political system to the state we find ourselves in? These are my opinions and thoughts.

The collapse in our society started decades ago along with our political system. Towards the end of Reagan’s second term I believe Bush Sr. and his cronies started directing America into a Globalist society. They wanted to turn America into another 3rd world Country to create a one world order. I read an article where McConnell’s idea for stopping the illegal immigration was to make America a place no one would want to migrate

They started by changing the culture on Wall Street and the CEOs to put the shareholders needs above the workers. The board members had a lot to do with too and many of them worked on multiple boards. They started working on NAFTA which was ready for the puppet Clinton to sign when he came into office. (I voted for Ross Perot in 1992).? I saw it as the last chance to save America.

NAFTA was and is a bad deal for America and the American People but it was a windfall for big agriculture and Corporate America which were more interested in profits. It was also a bad deal for the farmers in Mexico. They couldn’t compete with the prices from the Corporate farms. One of the reasons the Mexican farmers either legally or illegally migrated north looking for work. It hurt mainstreet businesses by the large companies that could afford to have the products made in Mexico, I have a customer that had to sell two of his machines and lay off people because of NAFTA.

America handled the situation as jobs moved from making things to service jobs. Corporate America (in their greed) decided that it wasn?t important to help America and the American people by making sure there was training for the jobs that the companies and Country will need to be filled. Our corrupt and incompetent leaders have a lot to play with the demise of America too. In my opinion they should be tried for treason for dereliction of duty by not upholding the oath of office. They swear to protect the American People from harm from both domestic and foreign. When they allow a bill to go through Congress and signed by the President that is detrimental to the American People but enriches their donors, that is treason.

Thank God for a man named Donald John Trump for giving up his lifestyle to save America. I am thankful for the family as well for the sacrifices and attacks they endured. He was against a large opposition. He had the establishment politicians, the political elites, the media, the Hollywood cartel and the people that just don?t like him. I forgot the corrupt global bureaucrats. Since he was self funded he wasn?t beholden to anyone but the true patriots (Deplorable) of America that love it and don?t want it to change into something the kids and grandkids wouldn?t recognize it. When you said at the beginning that you wanted to save America for your children and grandchildren to still be the shining beacon of light for freedom and the Country our ancestors envisioned, I was behind you 100 percent. When our ancestors wrote the Constitution and the Bill of Rights, it is best Government document ever written. It is also the longest lasting form of Government in history.

Richard Nixon (Tricky Dick) opened the Pandora?s Box when he refused to pay France in Gold and told them they would have to accept Federal Reserve Notes as payment. The Federal Reserve was created (illegally according to our Constitution) by a few Plutocrats and of coupe JP Morgan pushed the Federal Reserve Act on December 23rd 1913. In a lame duck Congress with the push of William Howard Taft (may his soul burn in hell) the Federal Reserve Act became law. The link is from Tactical Investor about how the Fed was formed. https://tacticalinvestor.com/federal-reserve-existence-based-on-deception-fraud/.

The destruction of our manufacturing base is what led it to where we are now. A Country that does not make things will not survive. There are certain industries that are imperative for national security and survival. Government should do everything in their power to insure we produce the products. The environmentalist closed the rare earth mines that produce some of the minerals we need for computer industry, welding industry and many others. One product I have personal knowledge of is tungsten. If the environmentalist had spent money on finding a solution or repurpose of the waste created from the products needed instead of wasting their money and taxpayer?s money on attorneys. The environmentalist complaining about the use of fossil fuels are wasting more than 1000 times of energy than 95 percent of the average American. Quit your whining! The free markets will find an answer if you are willing to spend your money on ways to compete with the fossil fuel industry. If we require the companies to uphold the Scout motto in order to get a lease we could have clean air water and the products we need. Leave the place cleaner than when you arrived. We reward the companies that do that and penalize the ones that don?t and won?t allow them an opportunity in the future.

Now is time to rebuild America and the wealth of the American people that has been stolen from us by or corrupt incompetent leaders. The best way to fix this is at the polls. We the Deplorables have to find a way to connect and elect candidates that are MAGA candidates. President Trump can help by informing us who we have the best chance of taking out the incumbents. We have to send a message to the establishment that the silent majority will no long be silent. Our complacency is why we are where we are. We can never allow ourselves to become complacent with our Government again.